Against a global backdrop of climate breakdown, biodiversity loss and an ever-growing disconnect between people and nature, the need to step up action to protect our environment is evident. And there is growing public recognition of this, whether expressed by the young people all over Europe marching for climate action and against species extinction, or through the ‘green wave’ which resulted from the recent European Parliament elections. But while the European Union has made considerable progress in developing environmental laws and protections, actions by governments and businesses lag well behind what science demands.

The increased public awareness of the challenges we face presents us with a golden opportunity to sail the winds of political change blowing across the EU. But what are the steps we need to take to secure the European Green Deal promised by Commission President-elect Ursula von der Leyen in her political guidelines?  And what would success in navigating to a one-planet economy look like?

The 2019 EEB Annual Conference will bring together key players from the European environmental movement with political decision-makers at a crucial moment for the European Union. As 2019 draws to a close, freshly elected MEPs and a newly appointed European Commission will be getting ready to set sail for the next five years. National governments will also play a decisive role as the EU’s rotating presidency moves around the block, arriving in Germany in 2020.

Join us in Berlin on 18 November 2019 to discuss what true environmental leadership will look like in the coming years and how the European Union can succeed in protecting the natural world and the fundamentals of life.

The conference will be held in cooperation with the EEB’s member Deutscher Naturschutzring (DNR).

EEB Background Paper to the 2019 Annual Conference: What should be the Priorities for the next Presidencies of the EU?

The organizers gratefully acknowledge the financial support from the LIFE Programme of the European Union, and the Federal Ministry for the Environment, Nature Conservation and Nuclear Safety, Germany. 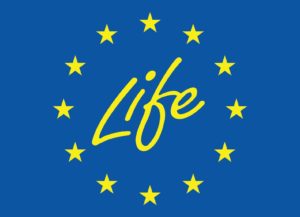 This website reflects the organizers’ views and does not commit the donors.